The EZ Way Out of Unemployment

Itâ€™s the longest four-letter word: Unemployment.Â  And for millions of Americans, the job hunt drags on for more than a year.Â  For those with a high school degree or less, itâ€™s even harder to find new work.Â  And too often, the replacement job will pay less than the lost job.

The people at EZ Wheels Driving School know all of that.Â  And they know it doesnâ€™t have to be that way.

â€śWe work with the Workforce here in New Jersey,â€ť explains an EZ Wheels office supervisor.Â  The driving and forklift school is approved by the State Department of Labor and Workforce Development to retrain New Jersey citizens and get them back into the workforce.

â€śI get calls everyday from trucking companies looking to hire,â€ť says one employee, â€śAnd if someone comes to our school through any of the One-Stop Career Centers run by the state, they can get their commercial driver license paid for by the state.â€ť

These One-Stop Career Centers offer financial aid to folks whoâ€™ve lost their jobs â€śto help you develop the skills needed to succeed inÂ a 21st century work environmentâ€ť according to the Workforce website.

The EZ Way Out of Unemployment and Into Work

â€śI did whatever needed to be doneâ€¦mop floors, make deliveries, unload boxes,â€ť Clive remembers, â€śbut when the store closed, I couldnâ€™t find anything but part-time minimum wage jobs and no benefits.â€ť

He ended up at EZ Wheels Driving School when a One-Stop Career Center counselor told Clive how much money he could make as a commercial truck or bus driver.

Still unsure about how hard it would be to get a commercial driver license, the unemployed Clive decided to stop by the Passaic office of EZ Wheels Driving School and liked what he saw:

â€śThey were all so friendly and explained how I could study at my pace, and that the instructors would work with me one on one when it was time for me to practice driving,â€ť says Clive, â€śso I figured, with Workforce paying for it, this is my best chance to move up in my life.â€ť

Today, Clive is a proud holder of a Class B Commercial Driver License and a full-time Charter Bus Driver for a private company, making close to $50,000 a year.

â€śI love meeting new people every day, and I love working hardâ€¦but now, my paycheck lets me live a better life. Iâ€™m more comfortable, more relaxed, and honestly, Iâ€™m proud of myself,â€ť says Clive, who admits â€śI thought Iâ€™d always work at the fabric store, and I was okay with that. But losing that job opened me up to the possibilities out there.â€ť

Itâ€™s not just a financial hit.Â  For the unemployed, the toll also comes in the form of emotional distress, stress-induced health problems and the increasing difficulty of getting a new job the longer the unemployment period drags on.

â€śIâ€™ve seen people transform after graduating from EZ Wheels,â€ť says the recruitment liaison, â€śitâ€™s incredible to see the look on their faces when Iâ€™ve told these guys Iâ€™ve got a job waiting for them. Itâ€™s like a weight has been lifted off their shoulders.â€ť 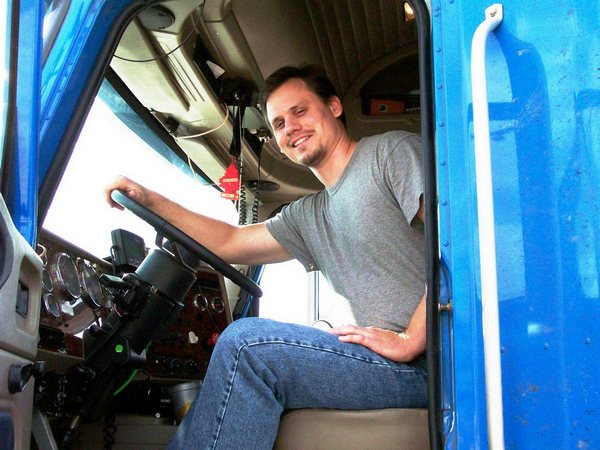